Charlie On My Mind: Simon Baron-Cohen on Autism and "Theory of Mind" (#49) 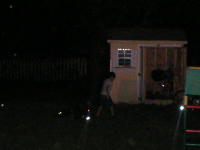 Life with Charlie is ever good and rich, as I related to Jim as we watched Charlie pulling his bike out of the shed in the backyard and riding it in the grass tonight. Earlier, seeing the blissful smile on Charlie's face as he swam on his back at the pool, my mind returned to the pained responses to Simon Baron-Cohen's theory of the causes of autism (described in yesterday's The Male Condition) among my fellow autism parents. Last summer, I had described his "extreme male brain" theory and the tendency of autistic individuals towards "systemizing" in their thinking (associated with the "male brain") versus the "empathizing" thinking (of the "female brain") to another autism mother, and she would hear nothing of it.

She read through an article I showed her and demanded evidence to back up Dr. Baron-Cohen's science. When I pointed out the 100+ references to scientific journals in the notes, she was tight-lipped, and I quickly changed the subject. As I wrote yesterday, I originally found Dr. Baron-Cohen's theories off-putting and "not about what autism is," and then detailed how, on careful reading, his research offers some good clues in thinking about Charlie and his doings. I think the part of Dr. Baron-Cohen's "extreme male brain" theory of autism that strikes a painful note in autism parents is his reference to "assortative mating," which "is the term we use when like is attracted to like." Dr. Baron-Cohen suggests that the parents of autistic children "show strong male patterns of brain activity" and "score above average on a questionnaire that measures how many autistic traits an individual has"; the parents of autistic children, he notes, have "an affinity for thinking systematically." 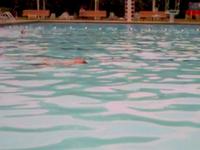 The very suggestion that the parents of an autistic child have "traits" that have contibuted to a child's autism are fighting words among many of the parents I know because of the unconscious, ongoing legacy of the psychogenic refrigerator mother theory of autism, first articuled by Leo Kanner in the 1940s and long promoted by Bruno Bettelheim (and discredited by Dr. Baron Cohen in Autism: The Facts). The terrible legacy of this (very wrong) theory of the cause of autism is that we parents are more than uncomfortable to think that "we" have caused autism "because of" our genetic make-up. No one today would give Bettelheim's views on autism credence but I do think old ideas die hard, and the refrigerator mother theory of autism is still in our culture's broader understanding of autism.

For the record--and, of course, it's impossible to know exactly how one comes across to other people--I am not a cold-hearted person and indeed have a reputation for being a live wire in the classroom and also "nice," according to student reviews on Rate My Professors.com (Jim has looked and I refuse to). Charlie and I had one fine day today, full of silliness and serenity. There was some head business and (in a separate incident) I called the police....I'd better tell you what happened.

First, the police. After dinner Charlie was hanging out in the front yard near our two cars in the driveway. He kept saying "Daddy fries shrimp" and "Daddy black car ferris wheel" (remembering how we had, two Tuesdays ago, gone to a local carnival). "Dad's taking the train home. We could walk there," I said. "Walk train," said Charlie. I ran to get my sandals. When I ran back out, Charlie was nowhere to be seen.

I ran everywhere, up the sidewalk and down, to all levels and rooms of the house, I stood on the street and yelled Charlie time after time, I asked moms walking by with strollers and dogs, I jumped in my car and drove north towards the train station (which involves crossing at least two busy streets) and south, where I said to a group of men with a motorcycle, "I'm looking for my son, he's eight. He's disabled."

"You better call the cops. Now," a guy in a dark t-shirt said, all concern. Another, baseball cap on backwards, hopped in his pick-up. "What's his name? What's he wearing?"

"His name is Charlie, he has dark hair, he can't talk too well." I talked to the cops as I sped home and there was Charlie in the front yard, holding onto a neighbor dad's hand. He had gone into their backyard; another neighbor speculated that he may have been scared by her dog's barking and bolted. The pick-up truck guy drove past and I thanked him beyond profusely. "Well, my first thought was, you wrecked the car, hey, it's just a car," Jim told me later as we talked about getting Charlie an ID bracelet and talking to all of our neighbors. "Was he upset?"

Charlie was easy-going about the whole thing. I would say, it did not occur to him to be scared, or that I, his mother, would have a near-death experience. When I first did not see him, it occurred to me that there were pretty much two places Charlie was likely to go, left up the street towards the train and right down the street as we had on a walk last night. (Evidence, perhaps, of the systemizing functioning of his brain, as I wrote yesterday). Charlie is not one to try out the new; he walks on routes pre-established, to places he has already been, and he does have a strong memory for directions: These days, when he and Jim are on bike rides in the next town over, Jim says "lead us home, Cholly," and Charlie is the guide for the last mile.

Charlie's placid lack of awareness about my potential anxiety level can be seen as an example of him lacking "theory of mind," the "mindblindness" that is the topic of Mindblindness: An Essay on Autism and Theory of Mind by Dr. Baron-Cohen, previous to The Essential Difference: Men, Women and the Extreme Male Brain. In a thorough over-simplification, I understand "theory of mind" to mean the ablility to imagine what another person is thinking; that another person might be thinking something different from oneself. (A more detailed explanation appears in a Wired interview with Dr. Baron-Cohen.)

Charlie does have "theory of mind," but not exactly in the way that we are "usually" accustomed to. After we'd driven up to my old office to clean it out, I asked him what he wanted for dinner. "McDonalds burger fries." Since he had had McDonalds fries yesterday, I asked, "Are you sure? What about brown noodles?" "Brown noodles," said Charlie, then "shopping cart." "You want sushi?" I asked. "Yes, sushi. Brown noodles." "Sushi or brown noodles." "Brown noodles. Burger fries McDonalds!"

We drove to McDonalds and, after I restated that having fries meant "no sushi," Charlie and I went round and round in a similar verbal exchange and he suddenly tapped his head three times on the window. We drove home and, as I made him a burger, he lightly hit his head three times on the table and looked straight at me. I shrugged, went on cooking, and he cheered right up. His direct look stayed with me: Charlie knows it irks me (to say the least) when he headbangs; he wanted to see my reaction, which I made as minimal as possible. He hit his head because he knew it would upset me--and that counts as theory of mind, I would think. 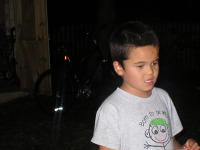 Charlie's theory of mind has developed through experience and careful teaching. In the past, he took especial pleasure in pulling the tape out of cassettes; he had done this once and we'd all gotten so visibly annoyed he would dive at the sight (if not whiff) of a tape cassette, just to see how annoyed we could get. Aside from outlawing cassettes (thank heavens for outmoded technologies), our best solution has been to act as if nothing of interest is happening when he gets his hands on a tape and yanks it apart. So when Charlie knocked his head on the kitchen table, it was in no small part because he knew that it would have an effect on me, however much I pretended it does not.

So: A day of good talking, an unexpected adventure, a late-night bike ride with Dad running beside. Around 11.30pm, I found Charlie on our bed, face smooshed on the comforter. "Hey! What are you doing in here!" I said as I tucked the blanket around his shoulders. Charlie giggle-grinned: I had found him! and not in his own bed where he was supposedly tucked in. "You tricked me," I added, and Charlie snuggled further into Daddy's blue blanket and smiled his best Gingerbread Boy smile.