The Orders of Things 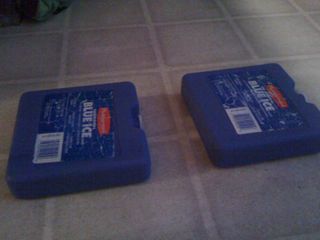 Charlie woke up before 5am on Sunday which was just as well, as one of my aunts was flying in from California on a red-eye. When she called at 7am Charlie was more than ready to hop into the car, so off we went to the sounds of The Clash.

As almost all of my family lives in California, Charlie hasn't had many opportunities to get to know his great aunt and he was reserved yet attentive during her visit. Sometimes when we have guests and there is more talking than usually with Jim, Charlie and me, Charlie gets agitated by the new, extra voices and sounds. My aunt used to be an elementary school teacher and she speaks in low and easy tones, and all the talking did not seem to bother Charlie, certainly not more than airplanes flying overhead do. He puts his hands over his ears when he hears them, but not so as Jim and my aunt and I chatted.

After awhile, Charlie betook himself to his own room and asked to listen to CDs and watch videos on the computer. We all dropped my aunt off at the train station as she'll be spending some days in New York. It was really lovely to get to visit with her some. We have few visitors and these "breaks" in the usual routine of things around here are very welcome, and all the more so because Charlie has a definite need for order. This need is evinced in the little arrangements that he makes around the house, in his setting his shoes and Jim's and my boots up together in alignment with the floorboards. Square and rectangular shapes objects (blue ice packs, a small stack of napkins) seem especially to get the ordering treatment (and go here for another arrangement by Charlie).

Such "lining up" of objects is regularly cited as a "red flag" for autism to parents of young children. When Charlie was first diagnosed we used routinely to undo the blocks and cars and other arrays of objects that he made; we were advised that such arrays were just the sort of "inappropriate" play with toys that needed to not be encouraged. Certainly we did find that Charlie was not happy to be instructed to play with blocks and cars and trains by doing other things than lining them up in groups of three according to color and shape. 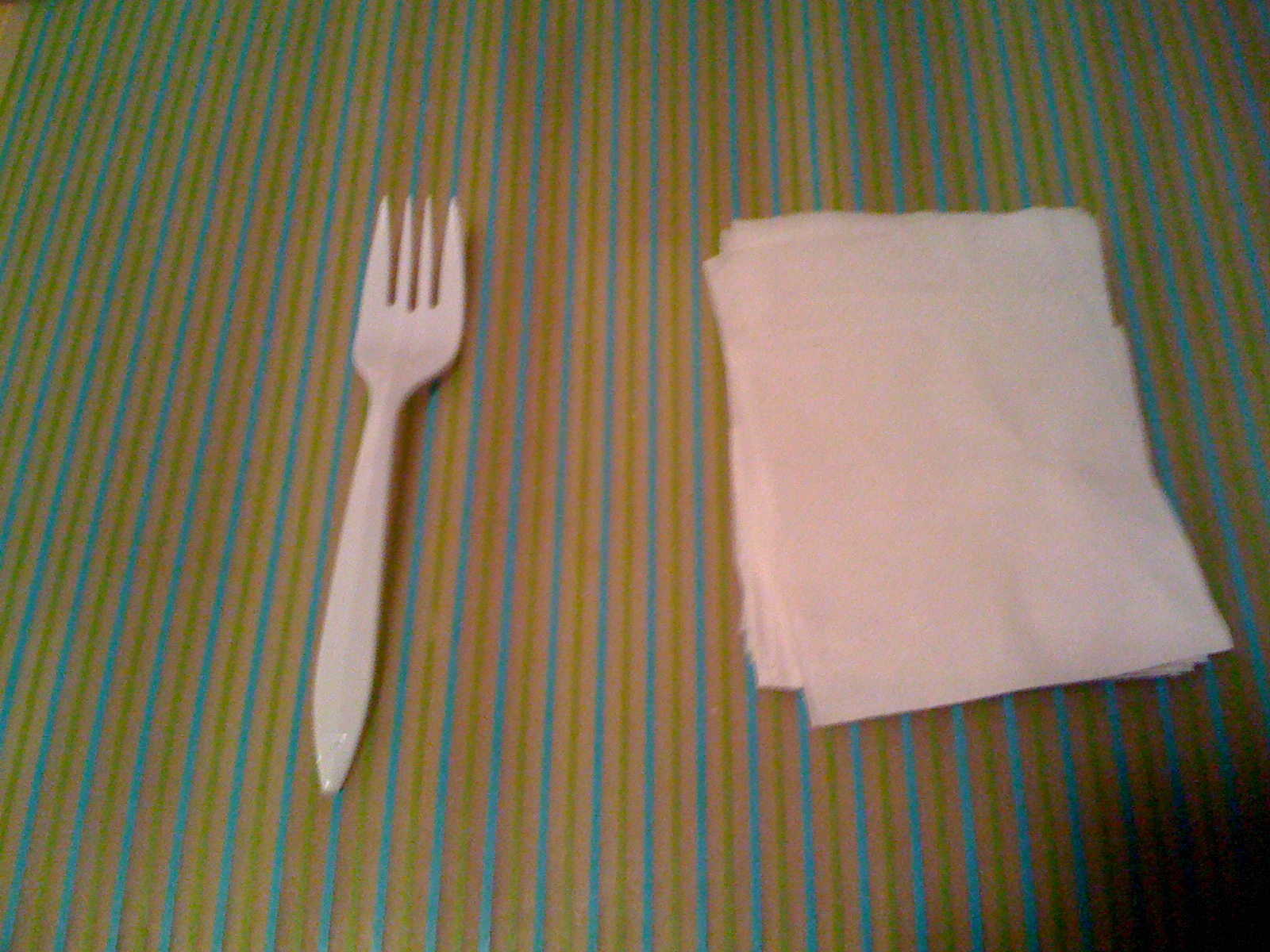 Charlie did learn to build with the blocks and run the cars on the floor and push them down ramps. But we also learned that Charlie's arrangements need not, ought not, always to be undone by us, as they offer small signs of how he sees the world and seeks to make sense of it.

But Charlie's need for order can turn into a sort of "rage for order," into something like an obsession.

Throughout his life he's often insisted on eating a certain food or going to a certain place to eat every day. On Sunday, he asked over and over again to go to a certain diner. As we'd just gone there on Friday, we told him that we wouldn't be able to, quietly and simply. Charlie continued to ask and turned down numerous other options. We did get him a hamburger and a soda---the same foods he would have gotten at the diner---but we both knew that it was the whole sequence of going to the diner, sitting in a booth, etc., etc., that Charlie was something more than intent on and kept asking for. As we've learned that telling him "no, we're not going there, we just went there on Friday" only makes him more agitated, we talked quietly with him about other things.

We used to try to keep explaining to Charlie why we would could not go, only to see him get worked up by all the words and thoughts into a frenzy of anxiety. The careful answering helped and Charlie remained calm if a bit wide-eyed in the car. Then he came inside and got really, extremely, agitated, hard and fast: Because coming home said meant that we definitely weren't going to go where Charlie had been asking? Because his sense of how he'd wanted the evening to proceed had been thoroughly disrupted?

Charlie ended up eating the hamburger after which he asked to watch more videos. He's been asking to type in more words so I was glad to assent. Many YouTube sites later, he went to heat up some frozen items from the microwave and then, announcing that it was "bedtime," got his shoes and coat and went to his room.

The shoes and coat were on the floor right by the head of Charlie's bed, the shoes with heels and toes perfectly lined up.

You mean that when our three year old spent afternoons lining up his Thomas the Tank Engines and all his Lion King figurines, we should have rushed him off for testing? We just assumed that he was playing, and that his penchant for order was just one of a child's idiosyncracies.

What a burden for you! It must be so difficult for the parents of children determined to be autistic - even neurotypical behaviors or ordinary growth changes become part of the disorder spectrum. How can you tell autistic "red flag" behaviors apart from natural development or personal traits?

It sounds so encouraging that you've got a system to help Charlie deal with not getting the things exactly as he envisions them. (We have the same problem, with varying degrees of reaction, especially when Jake has his stomach settled on a trip to White Castle.) That "speaking calmly and changing the subject" approach sounds just about right, although he will probably get wise to it. But the reassuring thing about feeding demanding teenage boys is that they will get so hungry that they stop being adamant and just eat. Charlie doesn't appear to have any eating issues, so you don't have to worry about him going on a hunger strike if he doesn't get what he wants.

Aristotle said that order, symmetry, and limitation are the greatest forms of the beautiful, and Charlie obviously understands that. Is he attracted to any of the physical arts?

I'm so glad I found this blog! I'd been wondering how you and Charlie were doing. Glad to hear that the change in schools is working out.

I can't speak for anyone else, but this is is how I see it and our experience- YMMV. It's not the order (chaos is hardly desirable, and I kiss my daughter's feet in appreciation for her desire for neatness and always being able to find her stuff), it when it's an obsession and restrictive.

At this time it's no longer an issue - we don't have to go to the same places the same way or have things be just so, but there was a time when it seemed so. Besides realizing that ahead of time and trying to stay "chill" in the situation,for the routines we used a visual cue and let her participate in arranging them. I went to the opposite tack of intentionally rewarding not being just so, and in creating "Magical Mystery Tours" with intermediate payoffs (some good listening music in the car) and a big kahuna at the end. This all took some time. It may not work for everyone, but it helped us.

As far as messing with a kid's toys - I've seen my fair share of regular kids lose it on that one. One thing that bugged in programming was when folks used to have my daughter build something or put something together and then deconstruct the whole thing in a swoop before he eyes because it was "all done". She found it alarming (and made that known), and so did I,for that matter. I asked them to please do the construction on plywood or cardboard and then the whole shebang could be moved elsewhere for admiration without dismantling. I noticed that when my daughter was good and ready that she would tend to tinker or take it apart herself.

I hope you had a lovely visit with your aunt, and I am so glad that school is going better so far.
Warm regards.

Clara Park wrote about her daughter's "arrangements" in her book "Exiting Nirvana." Her arrangements were made parallel to the floorboards, too.
Park's autistic daughter paints astonishingly beautiful artwork that is in many prestigious collections. She has a unique feel for color and shape.
In terms of lining objects up parallel to the floorboards, I'm reminded of an old folk custom of placing beds in line with the floorboards in order to promote happiness in the home. It's a sort of New World feng shui.

So so scary...
I just realized that much of the best stuff from the Clash is more than 30 years old! I'm trying to 'sell' my one son more radical music to listen to, if I tried to get him to listen to 'London Calling' he'd laugh it off as mild, reggae influenced pop!

Interesting too how intricate OCD is in so many autistic lives, yet it is really only strikes me as a flag and not something primary. I'm trying to think how central it is to autism and whether other issues would clear themselves if the 'burden of order' were alleviated. How that is acheived is wholly another issue...

@Louise, Charlie has shown on and off interest to mosaics, materials he can touch, but nothing sustained. He has art class now, so maybe someday he'll take to the arts more. I would say that what was a big concern about Charlie lining things up, now and then, was his response when we tried to "break" his orderings, and when we tried to get him to do something else with the toys---it was often a quite noticeable response.

@Jill, I'm very fond of Jessy Park's work---looking at her patterns of shape and colors has suggested some things regarding Charlie.

@Regina, it's the restrictiveness that worries us. often it's only when we feel enmeshed in a particular "routine" that we realize it is a routine, and that Charlie seems desperately to need it, or think he does. I think I am going to start the "Magical Mystery Tours" ... went on a partial one tonight that ended up with a burrito. Charlie would have said "no" if we had asked him, and asked for the same foods over and over.

The burrito was devoured very fast, and down to the last piece of rice.

My bad - when I wrote parents of children "determined to be autistic," I meant "detremined by educational and health officials', not that the KIDS are determined to be....

Sorry, my bad for not editing fully.