Trying to Get Back Into the Swim of Things 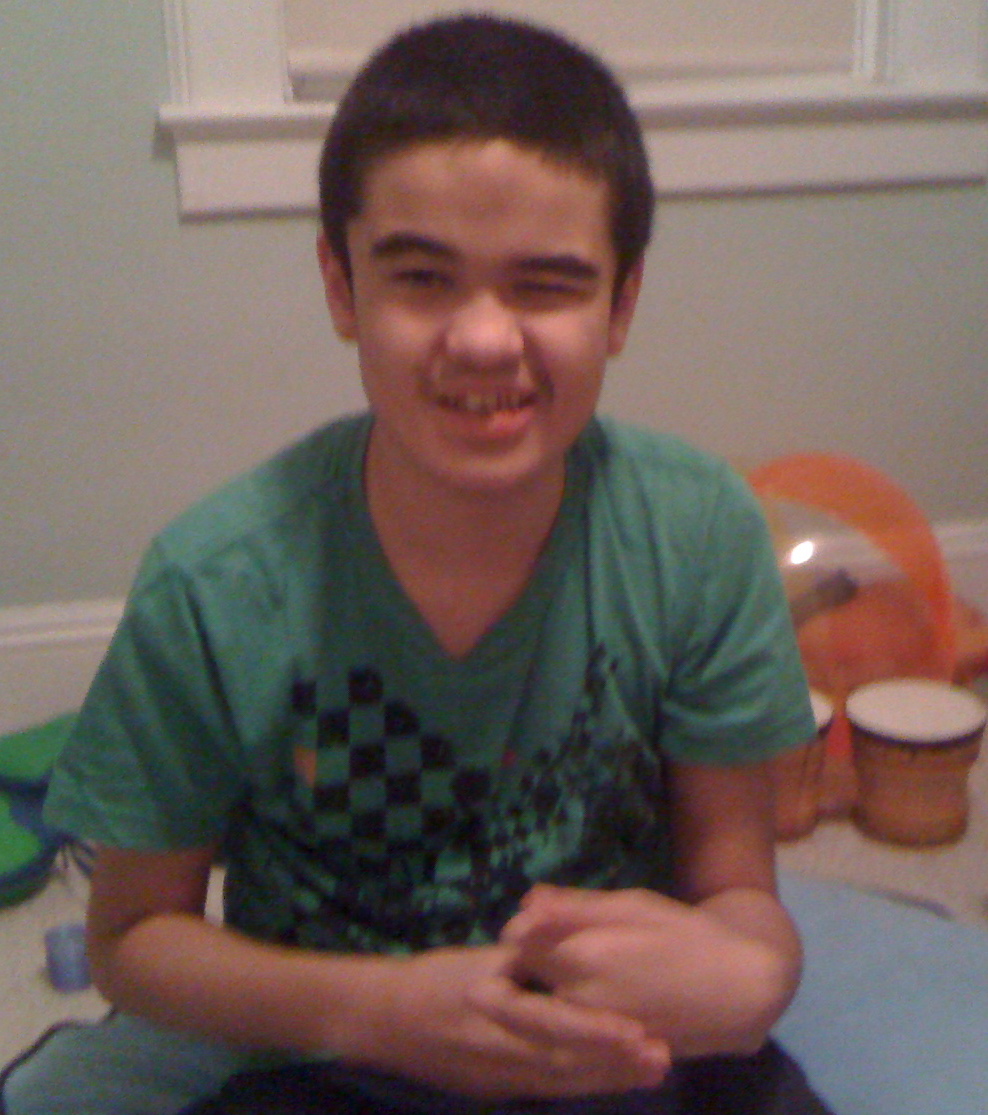 When, around 1.30pm, Charlie appeared in his swimsuit, I figured he was--as he had some days ago--going to make as if he were at the beach, while actually in our bathtub. When he put on his shoes and blue fleece jacket while still wearing his suit, I should have known he had something else in mind.

Charlie and I drove in the direction of his school, per his request. As he'd already made a visit there in the morning with Jim, I told him that we wouldn't be going there---enough is enough and that kind of thing. We did some grocery shopping and, when Charlie made it adamantly clear that he wanted to go "that way," I repeated that going to his school once a day was enough. We took an alternate route home and both enjoyed listening to the Jimi Hendrix CD Charlie had chosen.

So when Charlie paused just so much getting out of the car and then, on getting out, cried out and turned and ran down the street and pitched himself on a neighbor's lawn, Jim (who had just driven up after visiting his mother) and me hurrying after him, we both figured, transition trouble, maybe from not wanting to stop hearing the music in the car? The rest of the afternoon passed without incident until it was around 5pm. Charlie was again restless. He'd left his swimsuit on a chair and, on seeing it, I asked him if he'd like to wear it. This request received an immediate "yes, swimsuit."

And the, eureka moment or rather, duh, Mom moment.

Charlie was wearing his swimsuit. He wanted to go swimming.

As in, in the early afternoon, he wanted to go swimming at the YMCA, which is in the direction of his school.

However, as of last month, we ended our membership at said YMCA. Among other reasons, it just seemed increasingly harder to find time for Charlie to swim, amid the schedule of swim team practices, swim lessons and classes.  We're in the process of finding another indoor pool for Charlie to swim in during the winter and apparently it's not a moment too soon.

Charlie was sorely disappointed that he couldn't go for a swim and we promised him that we'd start making calls first thing Tuesday morning. He insisted on getting in the car but it wasn't too big a surprise that his face registered perplexity when we ended up back home, without a swim (Charlie still had his swimsuit on). Charlie's been having trouble transitioning from the car to the house these past few days, and--combined with not getting to swim---he was more than frustrated.

We all ended up going for a brisk walk around the neighborhood; Charlie expressed his distress for nine-tenths of the walk (if he's upset, the last half or third is usually peaceful, so he was something more than upset). Jim suggested that, in view of the transition trouble, we ought simply to take Charlie on a walk before coming inside to make the most of all the pent-up energy and feeling he has.

That was "that should have been so obvious!" moment #2 for me.

Most of all, I'm feeling quite pleased that Charlie wants to go swimming. For most of the past year, he's said "yes" about it in a dutiful sort of way and only swam a lap or two, and asked to go to the YMCA snack bar. Swimming, long one of his top favorite activities, has become more of a ritualistic exercise to get through. We'll see if a little absence from the pool makes the heart indeed grow fonder for the (chlorinated) waters.

Just in case, I'm digging out my swimsuit and readying the swim bag.

It's funny you should write about this just now. I've been thinking that it's time to revisit our Y membership (we canceled a while back) to try to get Nik into the pool more; I think it would help a lot with his restless energy during these cold months.

"Brisk walk"? It must have been at a gallop - yesterday was peppery-cold! That's one sure way to be a "tight team of three": clustered together tightly, sharing body warmth and serving as wind-breaks for each other.

Add the adjective "tenacious" (from one of my favorite Latin verbs) to "TTT". Your family deserves it!

It's so very true that the answer is usually the most obvious one and if you hear approaching hoofbeats it usually indicates a heard of horses rather than zebra.
If there are any hotels with swimming pools in your area they may allow non-guests to pay a small fee to use the pool, locker room and exercise area.
We used to take your kids to a nearby H*ilton to swim in the winter when our swim club was closed.

I hadn't thought of hotel pools---thanks! I'm rather glad not to be going to our old Y. It had an "attitude": we were constantly told about their 3 programs for special needs kids, but efforts to find other ways to include Charlie in activities were not met with much of a response. Feels good to move on, though it's yet another transition for Charlie.

Actually Louise, Charlie either runs ahead or dawdles behind! At least he's assenting to wear gloves now.