Home Archives Profile Subscribe
Sensitive To Everything
Snippets and Sparks

You learn from your mistakes; you try to apply the things you've learned.

The sun was shining bright and the sky was brilliantly blue Sunday morning when Charlie appeared, dressed and ready to get in the white car. I showed him the piece of paper on which he'd written "I got upset" yesterday at my dictation and explained we'd take a different route (not one up to his school). Charlie looked extra serious as we drove off in a different direction; told me "no" to go into a local spot to pick up some breakfast; remained in the car when I pulled up back home. Jim and I both encouraged him to go on a walk and brought out his parka. And figured, better for Charlie to get upset in a parked car at home, rather than in moving car away from home.

Also, recalling our last visit with Charlie's neurologist, we had decided to increase the amount of his anti-anxiety medication on the weekends. I made Charlie got this first thing.

After about 15 minutes of Charlie sitting in the car, we heard the clunk of his black shoes. He took the parka I handed to him, Jim grabbed his, and out walking they went. Charlie returned smiling and ready for an early lunch (yeah, we acceded to making a run to Micky D's) after which he was ready for another walk, and off he and I went under that blue sky and sunlight. This created such a glare that my parents both had to return to get their sunglasses, and never ended catching up with us. (As well, the wind was literally howling) Jim had gone to the gym and, after a little phone exchange, he came running up before Charlie and me and the two of them walked the rest of the miles together.

Charlie also came back from that walk smiling and ran off to wrap himself in his fleece blanket and warm up.

Then we went to the beach. 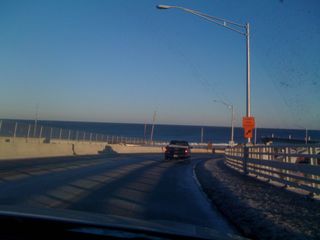 Charlie told us "I want to eat" around 3pm and, though he'd certainly lunched and snacked, we pulled over to a convenience store (rather appropriately, as we were in the territory where this movie was shot). I really do think that it's between about 10am till 5pm that Charlie is mostly, and sometimes majorly, hungry and walking more than 6 miles in 20-something weather would most likely stoke anyone's appetite. (You'd think.)

We made it down to the beach, with one stop at a Scenic Point. (Charlie stayed in the car; my parents took a bunch of photos while Jim pointed out all kinds of landmarks). 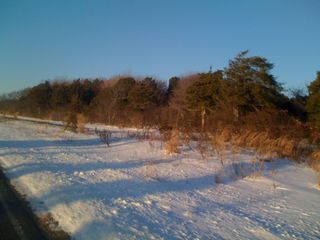 "Ocean" was the word from the back seat, and thereto we did go. 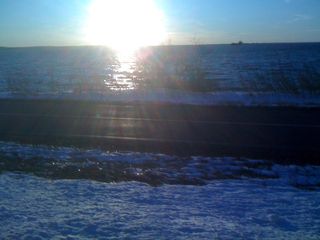 Charlie was eager to get out and onto the beach, though he kept his communing with the ocean short----it was as cold as you can imagine. 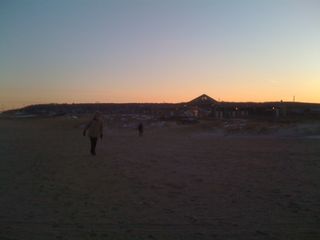 Thanks to the sky being so clear, we could see all the way to New York. 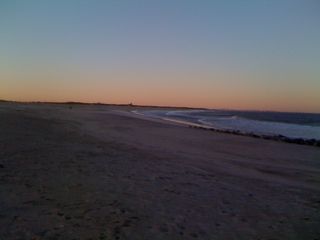 I also brought along a little notebook and wrote out a simple schedule for Charlie, and had given it to him as we started the trip---

---and then found it in the bag full of wrappers and snackfood crumbs Charlie handed to me as we headed home. Which having reached, Jim pulled Charlie's parka out of the trunk and off on one more walk (a shorter one) he and I went.

On returning, Charlie first asked to use my computer to watch videos and then quickly told me "Bedtime," before the Saints scored that first field goal. He didn't go to sleep until after the Who had performed at the halftime show, but after a Sunday out under the winter sun, curling up under a warm blanket is most definitely called for. 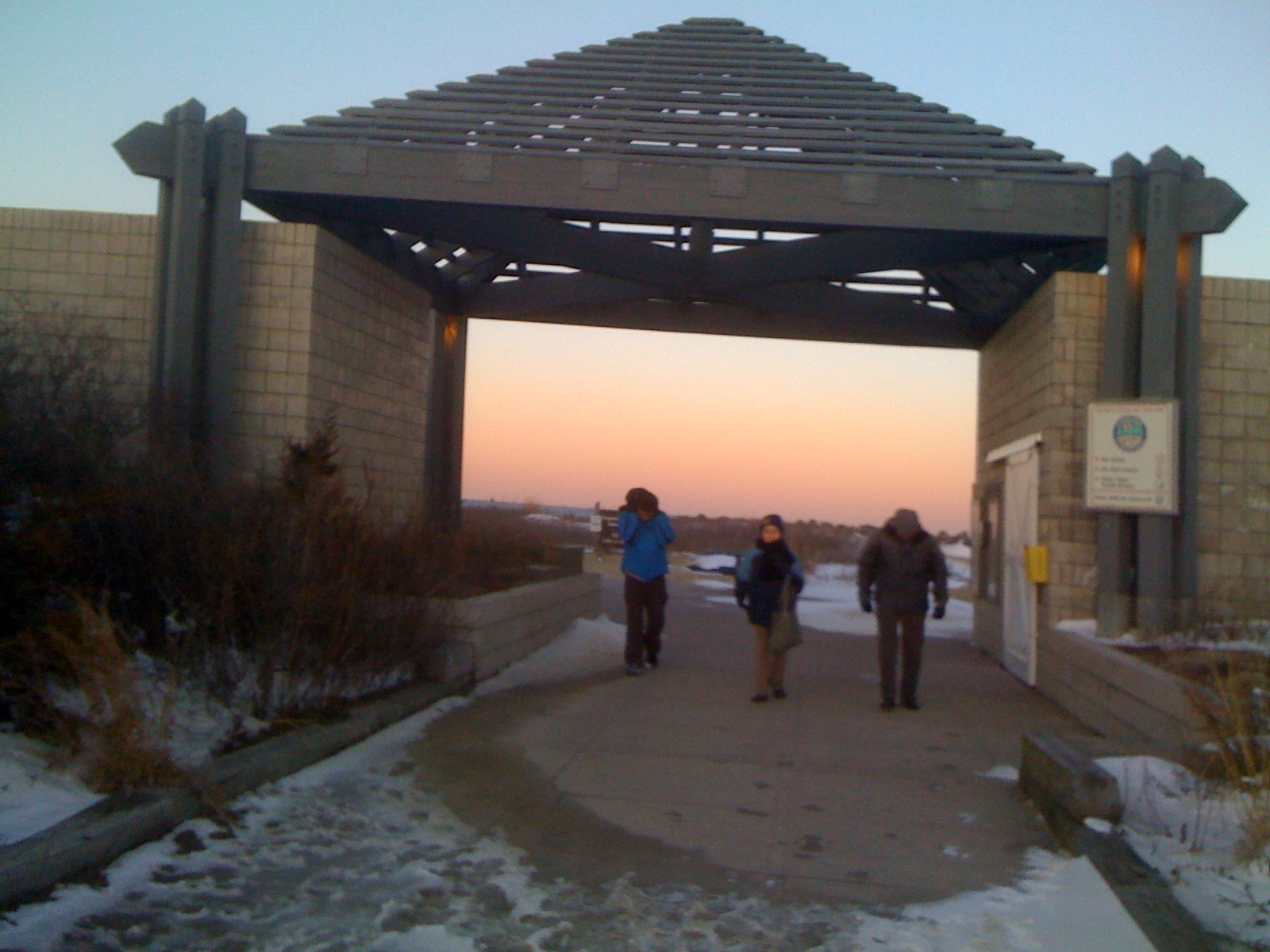 so nice to 'see' all of you here, kristina! i love these pictures!

Teenagers - they get hungry.

My husband, or at least according to his mother, could eat the equivalent of a family's meal when he was a teen (I believe it, he was still approximating that in college).My older daughter seemed perpetually in need of snacks from 12-17, and even my own mother had her stories of me (that couldn't be true (smile)) hanging around the kitchen like "a hungry fly". And yes, 6 mile walks and 20-degree weather would probably just enhance the whole thing.