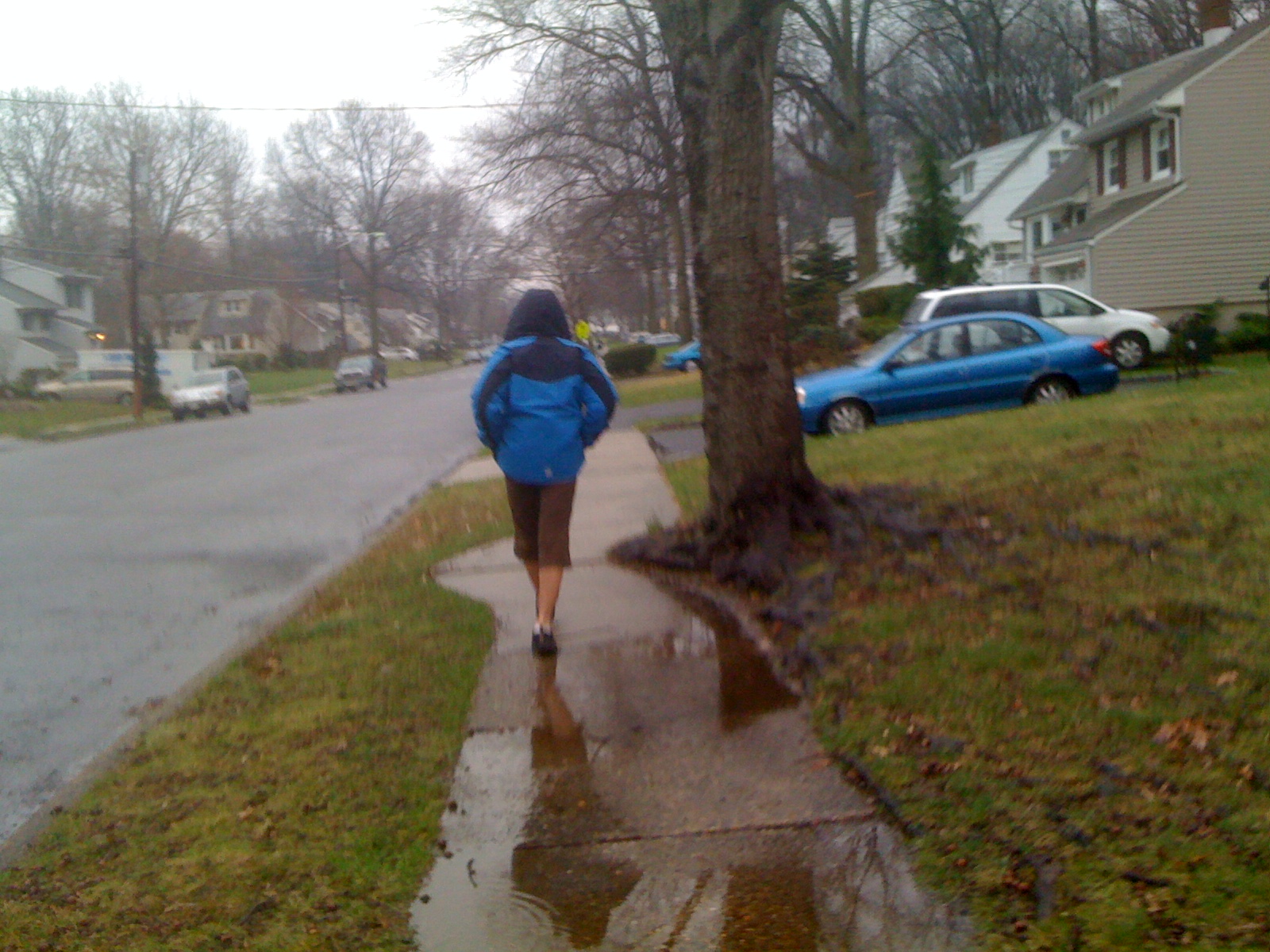 School starts for Charlie at 8.45am but yesterday we weren't in the car until almost 8.30. It takes us around 40 minutes to get to school, with morning commute traffic, so we were clearly going to be late (not to mention, I was guaranteed to be late for my first class). Charlie had woken around 7.30. He often wakes around then and pops out of bed and heads for the car but yesterday he showed zero inclination to budge. He was in a good mood, cheerful and smiling, and quite adamant about staying in bed.

I made it clear we needed to go, placing his clothes, shoes, and jacket on or near his bed and putting his bookbag in the car. Charlie called out "Good morning!" and "How's my Charlie" brightly and didn't budge. I went downstairs, wrote some fast work emails, read some of a book to discuss with my class, and talked to my parents, who were themselves packing to catch a noon airplane.

With Charlie , cajoling ("oh come on") and  thinly disguised orders ("if you don't get up now, we'll be late") do not work. In fact, they can just make him annoyed (as too many wheedling requests might do to anybody). In general, it's never been easy to get Charlie out of bed. When he was younger, we often employed the basic method of picking him up. As he grew and carrying him was simply no longer an option, we resorted to the occasional gentle tug and tap, along with the above-noted coaxing. These methods proved very short-lived. In the last two years, when Charlie was in a public middle school's autism program (and school began at 7.45am), most of our mornings began on a difficult, noisy, unhappy note as Jim and I sputtered about how to get Charlie out of his bed and down the stairs to meet the bus, tried the aforementioned coaxing and tugs, and found ourselves with a most unhappy boy.

Over the past several months, Jim and I decided---in the interest of being pre-emptive---that being late for school without any difficult moments was far, if not always, preferable to arriving on time in a raggedly, teary mess. We knew that dragging Charlie out of bed was a sure-fire way to irk him, so we just decided, no more doing that. Dropping off a boy who was no happy camper was a terrible way for everyone to start a day and Charlie already had a whole day ahead of him in the challenging environment that was his old school. To some eyes, our decision could be seen as bending over backwards to "play into" Charlie's needs. To us, we were applying the "how important is it (to be late a half-hour to school)?" and making small adjustments to keep the peaceful easy-feelingness going, with a view to gradually showing Charlie that getting up and getting ready for school didn't have to involve---how shall I put it---gnashing of teeth and general unhappiness.

Yesterday, having ascertained that it was going to take Charlie a while to get going, I knew I was going to be late for class. i was planning to discuss a Greek tragedy, Aeschylus' Agamemnon. I put up links to some videos of a production and asked a student to show these until I could get to the classroom.

And then I sat down and drank some more coffee. (Fuel for the upcoming endeavors, you know.)

Charlie got up eventually and I dropped him off around 9.15am. My class was watching the videos when I walked in. The production is in masks with an all-male cast (as would have been the case in an ancient Greek production) and the play has a bit of an otherworldly feel as a result. It is, nonetheless, the kind of drama I'm glad to address, rather than drama as my friend Shannon has used the word, in regard to children having "difficult moments" and acting accordingly.

And indeed, even with my parents' departure (I had Charlie write "Gong Gong Po Po" and "airplane"), the rest of Tuesday didn't have any such drama.  For which I offer a round of applause for my very best boy.

Stuff happens. I think it's a wise decision in the interim to decide that wakening *might* have precedence over the standard calendar, at least while things are trying to reach congruence.

Are you tracking this, because if memory serves, Charlie's awakenings were kind of all over tha map. Is there a correlation with going-to-bed time?

BTW, glad you had an uneventful trip home from Greece, and arrived safely!

I was doing some cajoling and tugging myself this morning, Dimitri does not like getting up for school or going down stairs to the bus. We have more leeway though as his unhappiness is very short lived. I can understand the kind of priorities you put, why push Charlie into a stressed state if you can avoid it?

I really admire you guys.. The statement "we go with him" really touched me. I appreciate parents like you who really love their child. There are some who don't give much love and attention to their autistic child. You guys are amazing.. I hope you guys all the best. God Bless

We, too, had a phase when we were routinely late for school, between a half hour and an hour and a half, approximately one day per week. There's something about Mondays! It made the difference between school being manageable and school being disastrous. A boy who's "ready" for school will benefit from his day. A boy who isn't not only will not benefit, but will create difficulties for others. For us, it was a no-brainer.

How does the school react to having Charlie arrive late? They seem like they would probably be cool. But there are always legal and/or administrative rules about tardiness and attendance. What are the tardiness rules like in the BAC?

If there are rules, we haven't been informed...... we're in a phrase like Judy T mentions, of being routinely late. But arriving calm and collected, albeit late, feels like a no-brainer indeed these days.

@Emma & Niksmom, I'm all about avoiding stress as much as possible. Not, as in never, worth it.