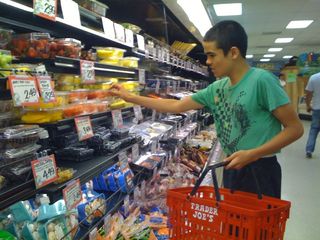 There's a little memorial to a mother of a child on the autism spectrum, Clara Claiborne Park, over at Care2.com by me. Park's 2002 book, Exiting Nirvana: A Daughter's Life with Autism is one of my favorites; her first book, The Siege: The First Eight Years of an Autistic Child, was published in 1967, one of the first (if not the very first) accounts by a mother raising an autistic child at home. Charlie was just being diagnosed back in 1999 when Jim and I caught a segment on autism on some Oliver Sacks documentary. Clara Claiborne Park and her husband, a physics professor at Williams College, were interviewed, as was their youngest daughter, Jessica. I remember seeing the Parks walking around the town, Williamstown, where they lived and Jessica Park's paintings of their house and many buildings around it and felt a little frisson.

Just five years prior, I had lived in Williamstown, on Route 7 which (I think) was referred to as Jessica Park's favorite route. I'd won a dissertation fellowship and was, indeed, finishing working on it, and applying for academic jobs, mostly in the Midwest. I'd met Jim that year (1994) and he was in his first year in a new position himself, at Saint Louis University in St. Louis, Missouri. I'm sure I saw Jessica Park working at her job in the faculty mailroom in Stetson Hall, and that I walked past the Parks' house several times.

Yes, it was a different time. And yet---yet, over the years, I've taken much comfort in thinking I was living in such close proximity to the Parks and to the small Massachusetts town that has been home for all of Jessica Park's life. In my mind's eye, I'm still often walking up and down the hills and down to the town's very quaint main street. I remember waiting in line at the bank and seeing a man with a 3-year-old boy leaning against his father's legs and thinking about how Jim would like to have a little guy (or gal) hanging around with him.

It's all a world away now. We've been once to Williamstown to Charlie but he's not a mountain kind of guy, needing rather the expansiveness of the ocean and, of course, all that water. But the little town and the Berkshires and the brick buildings (if you're thinking 'New England college,' Williams is quintessentially it) are imprinted on my mind.

One thing I always liked about The Siege was the feel in its pages of how slowly time passed, how many of Jessy's days (and her mother's) moved at the same pace as ours, really slowly with not much happening. Well, of course things were happening, just they tended to be the same things over and over, or just variations on them. So it is in our life with Charlie:

But wait a minute. Trips to the grocery store with Charlie 'n' me were a routine occurrence once prior to a major mishap at one store over a red box of brownie mix. We just haven't gone to supermarkets at all.

Thursday, Charlie asked to get sushi and so he and I went.

He'd had a good day, even with adjustments. His teacher had asked that he wear a swimsuit to school so they could swim at 9.30am. Charlie indeed wore one and then it turned out that they weren't able to go swimming at all; he was unruffled. He took a long nap in the late afternoon and was ready for his usual 10-mile bike ride with Jim afterwards. And then, the request for the white car, and the sushi.

Due to the aforementioned still-recent past event and some others, I was a little dubious and texted Jim so he'd know where we were. Charlie smiled as we went into the store and got a shopping basket. What should I hear but the voice of Chuck Berry rockin' and a-rollin'---just what we 'needed'; Charlie has, in the past, had some 'interesting' reactions to hearing old Chuck on CDs in the car.

Charlie found his way to the sushi section, where only three packs of brown rice sushi remained. He looked for a moment; I shrugged. He moved down the aisle and a got a pack of watermelon and then a container of vanilla soy ice cream. I also got a big watermelon (why not; it was less than $3.00 and we were there). I asked the clerk if there might be any sushi in the back storerooms and there wasn't. And Charlie and I went back to the car and drove home.

It was very mundane.

I felt extremely pleased but didn't mention it to Charlie who settled back down to using the computer at home, and then asked for, you guessed it, a walk.

Somewhere in Exiting Nirvana, Park writes about how, over the years, she put notes and jottings on paper, bits of this and that---all about her daughter---into an old suitcase. She drew on all these small saved recollections, thoughts, observations, in writing her second book. Exiting Nirvana is not a long book, especially when you consider how many years----Jessica Park is 51 now---it covers. I like to think that book is an excellent distillation of all those bits from Park's suitcase; the essence of her experience with her daughter; the essentials.

With all my blogging day in and day out about Charlie (since June of 2005), I have the equivalent of several suitcases of notes, plus I still write in a journal (an actual notebook with paper). I have a lot to distill. But I keep returning to that image of Park sifting through those bits she'd saved in that suitcase over so many years.

Life with Charlie has, I must say, graced us with a cargo we weren't exactly expecting and whose contents we've yet to fully unload and unpack. There's lots of good stuff yet in store---along with, most likely, a few items of uncertain provenance and dubious scent, though not just any old load of bananas---amid the crumpled bits and paper documents.

I think of Park's description of her life w/ her daughter often when I imagine my T's life as an adult. Park had such an accepting and loving perspective on how her and her daughter's lives were together. It inspired me then and continues to inspire me know. Thanks for sharing this...

Lovely metaphor at the end. Very poetic, even if it is unintentional. All those years of translating the great Greek poets has made you into one. It shows in almost every post.

This will all make a lovely and deeply moving book.

thank you----I'm going to have to find the passage where Park mentions the suitcase (after I find our copy of Exiting Nirvana.......)

I love the image. Is this a book that gives you comfort now?

I enjoyed both of Park's books about her daughter, Jessica. I was especially pleased that she didn't minimize the extent of Jessica's illness or sugarcoat its effect on her family.
Every parent of a child with autism should read Park's books. She was unflinchingly honest and at the same time she offered badly needed hope, especially in her observation that Jessica, unlike neuro-typical children, seemed to continue to learn new behaviors and ways of coping in the world well into middle age.
There were rocky moments, like the time Jessica attacked a playmate with a rake and when, as a worker in the college mail room, she plopped down on a co-worker's lap when she found the other woman sitting in "her" chair, but through it all, Clara's pride in her daughter was evident.
Jessica's paintings show a superb color sense; I wish I could afford one!

@Brenda,
Yes, I turn back to both Exiting Nirvana and The Siege often.

@Jill,
I do recall those episodes, especially the one about the chair----good thing Jessica is not the same size as Charlie........

I love the colors in her paintings. Looking at just those has given me some insights into Charlie's own 'patterning.'

Kristina: I am so grateful to Clara Claiborne Park--The Siege is the first book that I read about raising a child with autism and I was inspired and intrigued by her account of raising Jessica. Matthew was just 4 when I read the book and recently diagnosed. After I finished reading, I said to myself "I can do this."

I hope to read the books soon - just learning about them now. Looks like Jessica is a peer of Temple Grandin. This is a lovely post, Kristina. And how nice to read more of Charlie's ability to move through unexpected circumstances.