Home Archives Profile Subscribe
The End of the Trail
Who Knew That Summer Vacation Could Actually Be So Good?

Over the George Washington Bridge 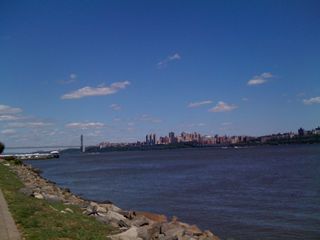 Bikes strapped to the car, we drove through the Meadowlands to Fort Lee in Bergen County, unloaded the bikes on River Road, and then Jim and Charlie rode over the George Washington Bridge.

Jim had thought they'd just do the bridge and then return and then maybe we'd drive down to Liberty State Park in Jersey City and get in some more miles. But once finding themselves on the Upper West Side in Manhattan, why not check out New York?

So down the West Side Highway they went. The bike path is one we know rather well, as it's where we once took many a walk, back in the day when Charlie could still ride piggyback on Jim. I don't have any photos of their New York bike experience (someone had to stay with the support vehicle, I mean the white car, and I got in some shopping for lunchbox items that Charlie may well turn his nose up to---yeh, one tries), but Jim told me there was a veritable 'interstate' of bike riders in New York. And, that Charlie handled it all just as well as you can imagine.

They went down to 57th Street and then had to detour due to a fire on the pier Saturday. By that time, they'd done 7 miles, so it was as well to turn around.

After their triumphant return (it was, I can assure you), and as Jim (who has this to say about his summer vocation) and were hastily tying the bikes back on the rack, he noted that we have, it seems figured out how to get Charlie back to New York:

'He can ride there himself!' 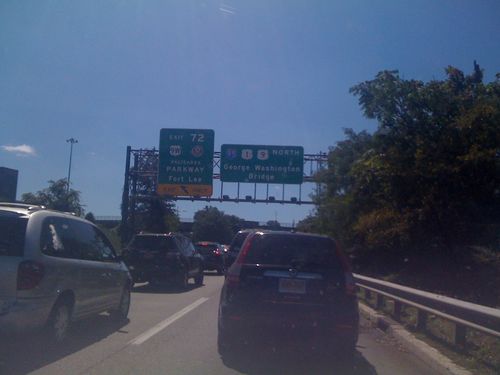