Seneca At the SSA 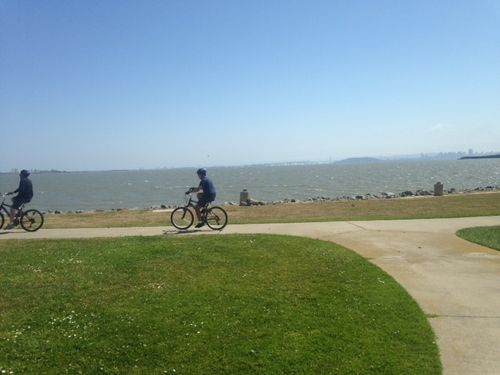 We seem to be heralding Charlie's turning 18 next week by familiarizing ourselves (working through voice mail trees, sitting in beige-themed agency waiting rooms, realizing we need to go back to the previous place we'd dealt with to get something to move on to the next) with SSA, SSI, and Medi-Cal, with interludes with the Regional Center, a California agency that assists in coordinating services for individuals with developmental disabilities -- which is something that we, being parents, do but there's so many regulations and policies, all serving their purpose but making things complicated and taking time (I noted the absence of such as the two mothers in the April 12 NBC Dateline "On the Brink" threw themselves into figuring out their son's programming and care after both turned 21). My general feeling is, you generally have to go to any office a minimum of two (/three) times to get that document or whatever you need and then you still have to follow up with a phone call and wait awhile to talk to a live person at the end of the multipart phone message.

I know we are setting things up for Charlie's future and, though frequently feeling as uncertain about what is supposed to be going on or even what question I should be asking as when Charlie was just diagnosed and someone from the St. Paul Public School district rattled off directives about IFSPs, "zero to three," IEPs, Medicare, we are feeling very glad to be in the thick of things.

With most of my classes just about at the finish mark, I have been spending a good bit of time (when I'm not trying to translate the ssa.gov website) translating Seneca's tragedy, Phaedra. I started working on it six years ago and stopped,  due to time constraints (I wonder why). Immersing myself in 1st century C.E. Roman dramas composed by someone whom the emperor Nero ordered to commit suicide, and who lived and worked under such a personage, and whose tragedies have been seen as models for Elizabethan revenge drama in all its gory finesse, and who is known for highly graphic language that uses lots of the vocabulary words my Medical Terminology students have learned albeit not in a medical way, just was not something I felt drawn to doing in medias res difficiles mihi filio Carlo.

Charlie's future, as a young autistic man with severe intellectual disabilities, will not be free of difficult things and of the sort that many people neither expect nor care to imagine. Kafka's Der Proseß made it clear that bureaucracy can be a modern hell and the Dead Letter Office, the former employer of Melville's Bartleby before he shows up in Wall Street, is definitely where no one wants forms, applications, paperwork and all else pertaining to Charlie's care to show up. Waits in hard plastic chairs to talk to a clerk about his case do end; questions eventually, sort of, more or less, basically, get answered; and all of Seneca's extant tragedies fit nicely into one every carryable book.