Home Archives Profile Subscribe
Still Riding and (Literally) Higher Off the Ground
Some Reasons to Get Up At 4.30am to Go to an Autism Conference

The Metamorphosis or, iPads Into a Cloud of Dust 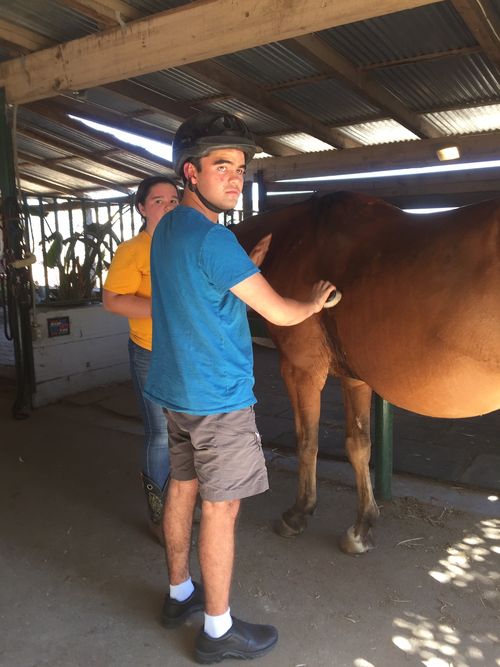 I feel like such a Luddite but I really do prefer actual, real, physical, tangible, can-mark-with-a-pencil-or-pen, paper books. For teaching languages, an e-book is dreadfully inconvenient: Flicking and swiping back and forth and up and down is headache-inducing, versus the old method of putting one finger in the glossary and the page with the verb charts while turning to the page with that impossible sentence Magistra assigned.

When you come down to it though, Charlie has (as in every way shape and forth of Jim's and my daily living, breathing and being) influenced me here.  Bucking trends in his usual go-with-my-flow way, Charlie now navigates his days without an iPad or other electronic, computer chip device with batteries that better be recharged.  He did have his years of dependency and attachment to his iPad (or rather, iPads, as Charlie proved, in typical fashion, to prefer not to give up his original balky-after-water-infusion-and-aerial-spins iPad in favor of a spanking brand-new shiny version; he carried two neatly stacked atop each other for some years).

It's a cliché to say that we live in a technophiliac, technology-enthralled and -obsessed culture. Charlie's aforesaid dependence and attachment to the iPad was apparent immediately after he acquired his original one. It was no accident that I named one iPad malum, Latin for "apple" and also "evil" or rather "evil thing" (malum being the neuter singular form of the adjective for "evil"). Not to get too theodical or anything, but it is possible a couple of apple -- Apple -- associations were in mind in giving Charlie's music-YouTube-video-playing black-as-a-beetle device what turned out to be a nomen loquens (a name that says what its bearer is).

It has been no metamorphosis into something lesser to retire, for the nonce, the iPad. Charlie has been doing well at school with the likes of good old-fashioned laminate-and-velcro aids, an abacus with wooden beads and the good company and spirit of his teacher, aides, therapists, classmates and many others; his faithful black bike that Jim and the very good guy at the local bike shop keep going; and, now Zeke and some new friends walking under blue sky and olive trees and a spray of dust kicked up by hooves.

Hi There, What is your son doing now? My son will soon be 17 and he is on the spectrum as well. I am not sure whether he should go to community college or university. I am also not sure as to whether he will be independent in the future or whether he will always need someone else to take care of him. Thanks for creating this blog! I am glad to know that I am not the only Mom who has an older child with Autism!

It's great to hear from you! I just went to a conference where my son was one of the younger mentioned -- lots of the parents there had sons in their 20s and even 30s! Charlie is still going to a non-public school in the Bay Area; the big focus is pre-vocational training and learning academic skills that contribute to that, as well as communication (Charlie is minimally verbal). I have taught a couple of students on the spectrum at university and known of quite a few who started in community college. Is it your son's last year in high school?