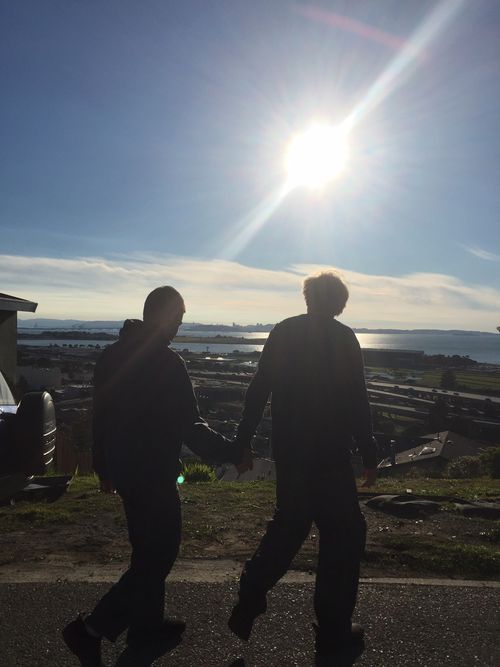 Charlie's Winter Break began on Wednesday, December 16th. This is to say, there was no school for 19 days, in (I am quite sure) the longest Winter Break ever for him.

Starting that Wednesday, Charlie rode his bike, me right behind him. From Friday on, Jim (having finished fall semester teaching in New York City), was riding too, now in the front, now riding side-by-side and side-by-side-by-side, in rain, sunshine and winds that were now blustery, now breezy.

Charlie also rode Zeke, after spending extra time brushing out his brown coat to get out the dust, dirt and bits of hay. He also went for a quite more fast-paced ride in a Razor over the very same dirt-and-tumbleweed paths and dune-like mounds he had just ridden Zeke on.

We did some exploring, in the car amid the levees of the Delta, and on foot to check our some local sites and vistas.

Charlie viewed a grand Christmas tree and welcomed the New Year with a noisemaker and a party hat and in good company.

On the eve of Charlie returning to school, I can say that it has been 19 days of plenty of motion and fresh air. Being in motion has long, long been something Charlie has done, needed, thrived in; has long since been a hallmark of life with him. After these past 19 days and, indeed, Charlie's 18 1/2 years, I think it not inaccurate to recall the 20 years of wandering of Odysseus, πολύτροπον, ὃς μάλα πολλὰ / πλάγχθη (polytropon, hos mala polla / planchthe), "many turning, many a time gone astray") and "suffering many pains in his heart at sea" (πολλὰ δ᾽ ὅ γ᾽ ἐν πόντῳ πάθεν ἄλγεα ὃν κατὰ θυμόν, polla d'o g'en pontoi pathen algea hon kata thymon). To be so long at sea, thrown about by waves and wind and storms, cast off course and into strange adventures and perhaps stranger temptations that could lead one to forget the reason for this journey (Ithaca, Penelope), and then, in the 20th year, to achieve one's goal (coming home) only to learn (as Odysseus does in Book 23 of Homer's Odyssey) that he has one more journey to make (one more reason to be in motion),  to walk inland, winnowing oar in hand, until he comes to a land "knowing nothing of the sea" (of the waves' motion?) where he is to sacrifice to Poseidon (god of the sea). And then will Odysseus' wanderings be over and he can stop moving, πολύτροπος no more.

Break -- "vacation" -- with Charlie is anything but a break. It is a daily stream of action in most of our usual haunts, with a few meanders to slightly new locales.

It has been 19 straight days of various kinds of motion. In truth, this last day of Charlie's break caps a period -- call it "the holiday season in the U.S." -- that began on Thanksgiving, when he had five days off from school, all during which we three (even after I got my right ankle caught in the front tire of Charlie's old red bike in November) did daily bike rides averaging 12 miles each. As of January 4th, he is back in the classroom and the usual routines of school for quite some time.

The next odyssey awaits. 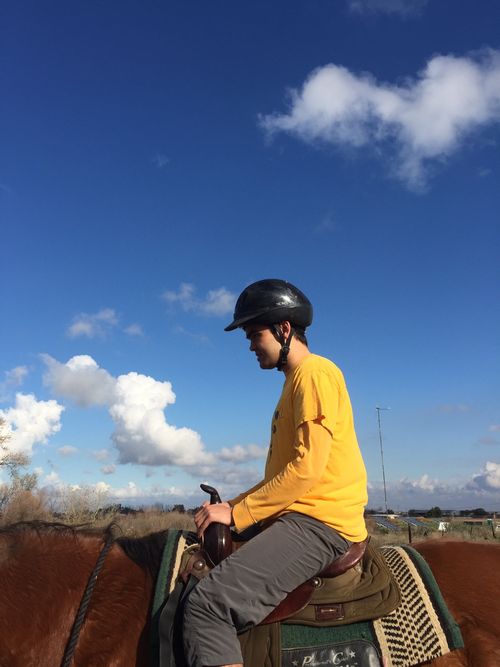