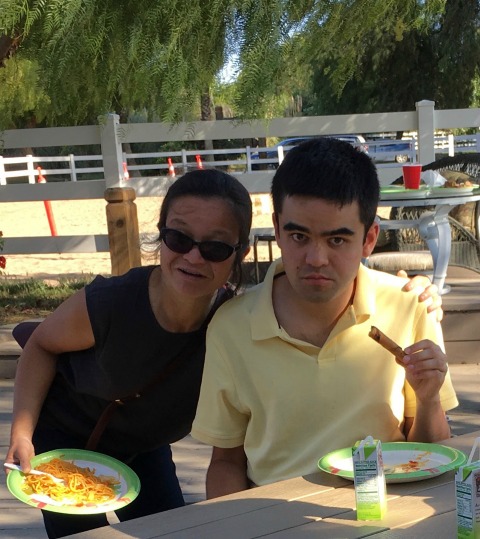 I used to think that every birthday for Charlie would be increasingly difficult for me to wrap my thoughts around. Starting a long time ago, when he was still in the single digits, we could see the divide between Charlie's biological age and his learning and cognition widening, like a fissure in the earth that seeps into a gorge. At least when he was 4 or 6 or 7 I could spell out moments of him being 'just like,' or close to 'just like,' other children his age. Now that Charlie is older than many of my students, the differences are not so much apparent as just what they are.

But 19 has been easier (from my parental perspective) than when Charlie turned 18. 18 meant Charlie had entered the age of majority, meaning that he became a legal adult. Meaning that, Charlie became eligible for Supplemental Social Security Income and Jim and I had, and without a Regional Center case manager (Charlie's had left in April of 2015), to make sure we, as the parents of a developmentally disabled adult, maintained full legal access to all of Charlie's medical, educational and other records and arrangements. Meaning that, we had to acquire a limited conservatorship for Charlie. Meaning that, while paperwork was 'going through/being processed,' we would make phone calls to Social Security and other agencies and be told we couldn't be told anything about Charlie because he was an adult and there are privacy laws.

At 19, that has all been taken care of (until the next round of justifying Charlie's continued eligibility).

As we rode bikes on the Richmond Marina yesterday, Charlie's 19th birthday, I thought about how the next couple of birthdays are all Big Ones. Next year he will be 20: A new decade, teenagerhood done with. Then 21. Then, 22, when school will end for Charlie and he will, provided we find one (we have started the hunt), enter a day program.

Without exactly trying, 19 turned out to be a fine testament to the good work of keeping Charlie going as far as he can go. Besides our trademark weekend activity (bikes), there was a bonafide birthday party at the ranch where Charlie has been learning to ride horses. There were friends, my parents, dogs, two horses (Star and Arabel; Charlie got to ride Star, just as he does at his lessons), good food, white frostinged white birthday cake, hugs, singing, immense amounts of photos taken, very good spirits, and a little post-birthday-weariness at school on Monday morning that was resolved with some stretching and breathing exercises and a walk by the pond, so Charlie was ready for swimming and a coda birthday cupcake celebration with his classmates. 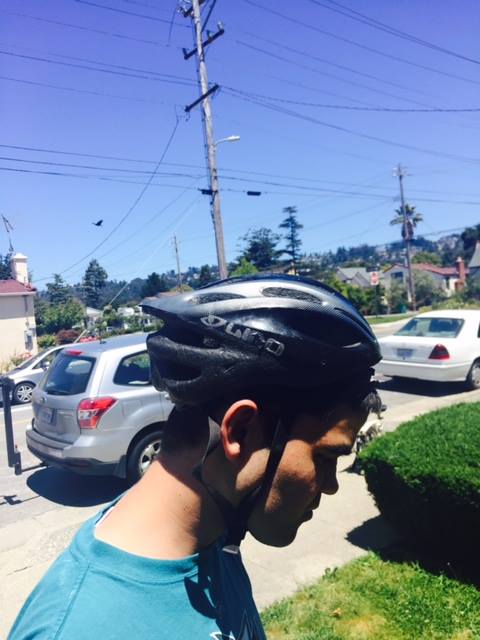 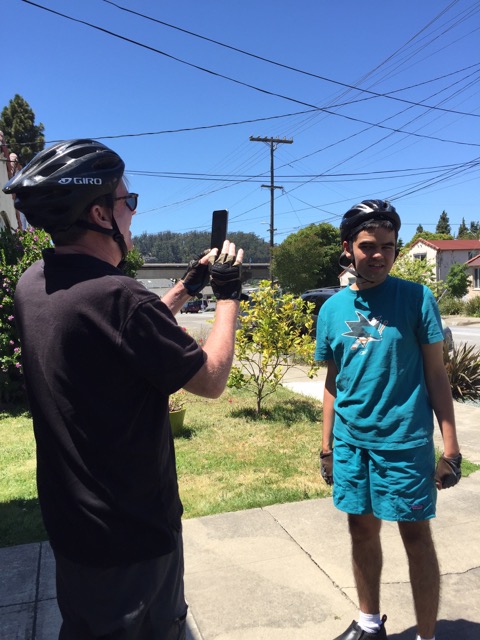 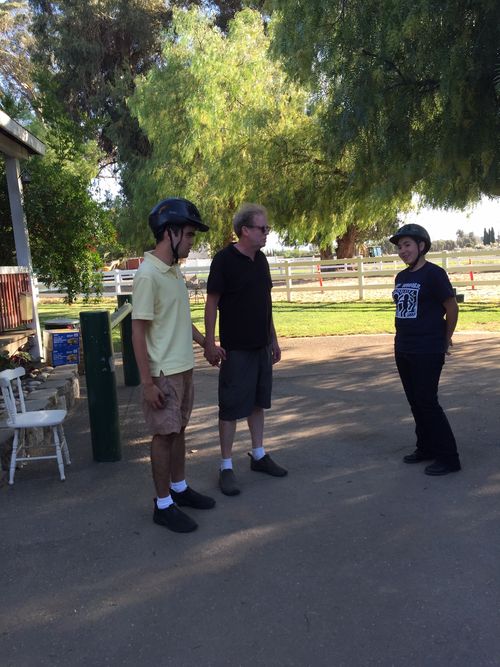 Charlie, Jim and a birthday guest. 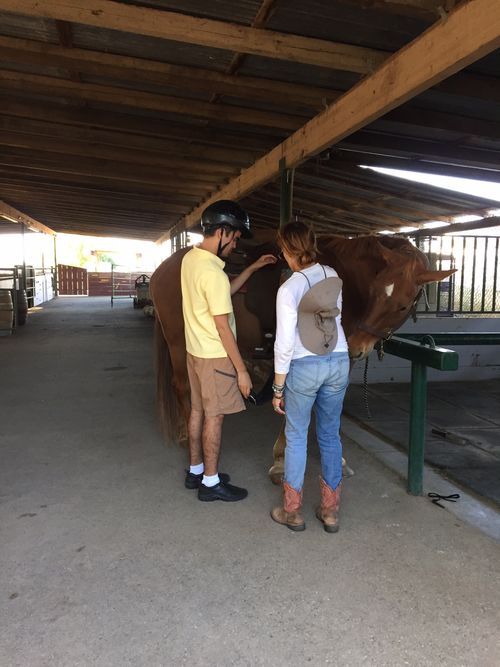 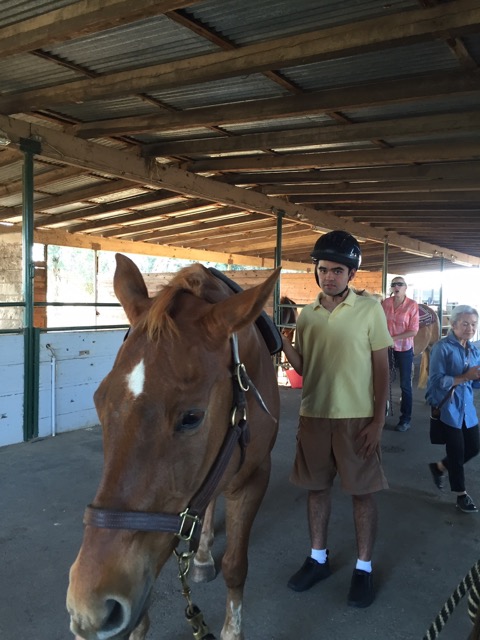 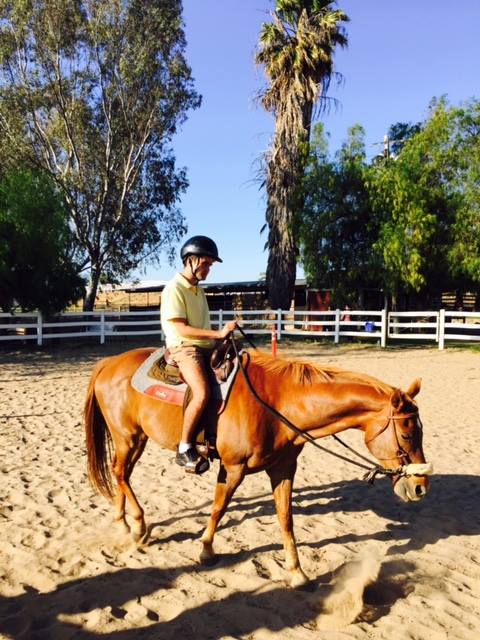 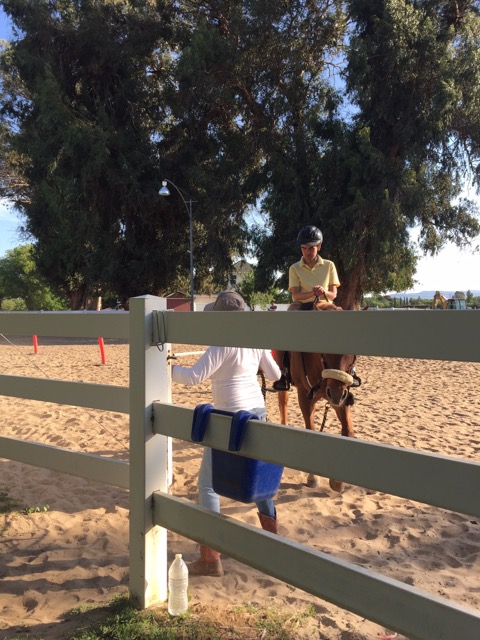 Debbie basically gave Charlie a lesson, which he was much to his liking. 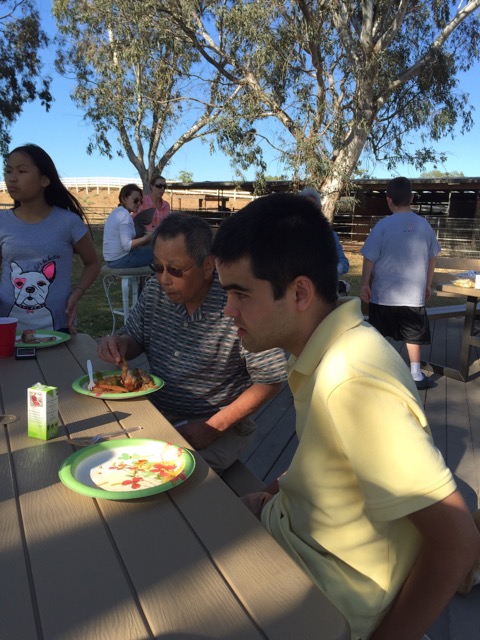 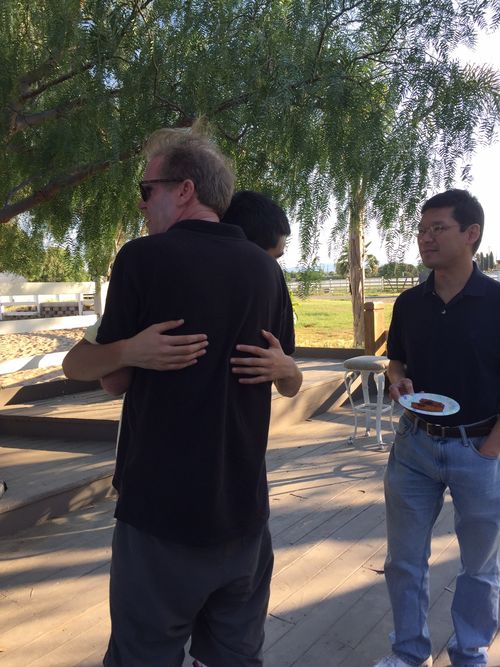 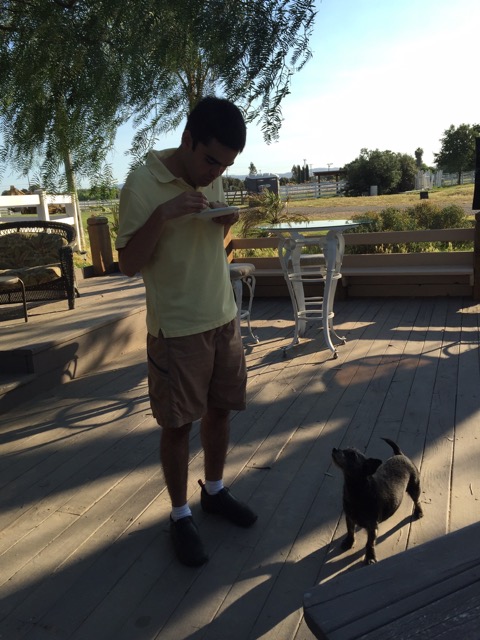 Wally yearning for a chicken drumstick. 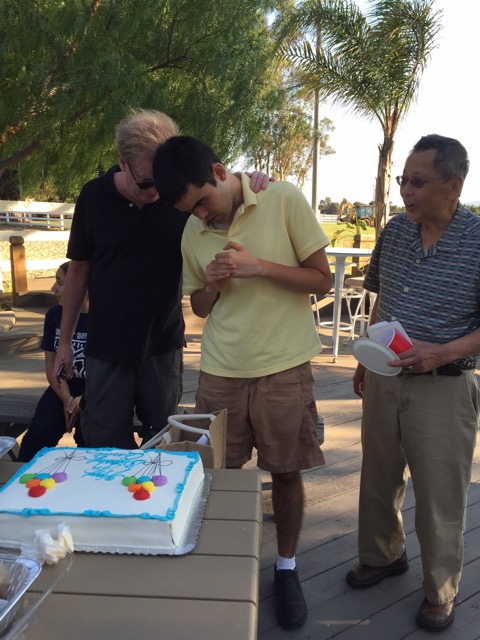 (I forgot the candles.) 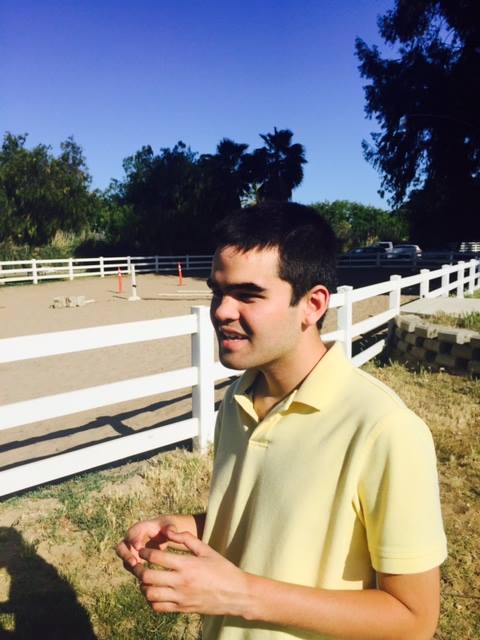 Best Boy Ever: Charlie the Gent. 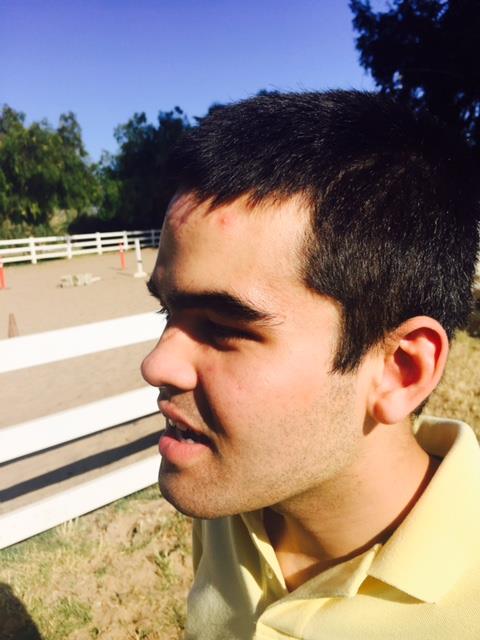 Thanks for all of the fun snaps and sharing the ongoing success of Charlie's advancing age. I couldn't help but notice the dog right by Charlie in one of the pictures. I have memories of previous posts about Charlie being afraid of dogs. Pretty great to see one right at his feet! Happiest of birthdays to Charlie .

I'm thrilled you remember that about Charlie and dogs! Yes, one of the great things about the ranch is that it has led to him being more comfortable around animals in general. I was not sure if he would be all right with horses but I think he feels all right around such large animals (it is actually small dogs, and especially those with higher-pitched barks, that he has been most wary of). Thank you for the birthday wishes and all your good support over the years!